Do you know about Kokushu?

It's a generic name for Nihonshu, Shochu and Awamori (types of Japanese Sake), when brewed in the traditional way. I suspect that anyone who has at least once taken part in activities to spread Japanese Sake around the world, will have heard of his name.  Today we'd like to introduce Mr Hitoshi Utsnomiya. A man who as chairman of the Japanese Sake and Shochu Makers' Association has been spreading "Kokushu" around the globe.Today he will tell us about his life from his time working in the tax office up to now.

Riding the Japanese Cuisine Boom Across the World

Another big influence on the spread of Japanese Sake across the world has been the incredible boom in Japanese cuisine.In 2013 Japanese cuisine became registered as a Unesco Intangible Cultural Heritage, and with this the popularity and interest in Japanese cuisine exploded across the world.The take off in exports of Japanese Sake correlates with this boom.That all said, since the Corona virus outbreak, restaurants in many countries have shut down.In such circumstances, our outlooks are not good, and we can't predict a continuation of the current trend.Especially in the West, where the forecast for consumption in Japanese restaurants does not look like it will be able to sustain the current trend. Therefore, in reflection Japanese Sake hasn't yet managed to achieve deep enough penetration of those markets to make itself an indispensable part of daily life.So due to this, Japanese Sake has been limited in its channels of circulation, and not used many popular circulation channels like EC Web Shopping. On reflection we have been thinking that we must now grasp such opportunities.Until now, our exports have automatically increased to match the development of Japanese restaurants and Sushi bars, for example, if these establishments doubled then our export numbers would also double.Such a dependent situation is not optimal and as such we feel we need to change.

The knowledge of Japanese Has Spread Around the World 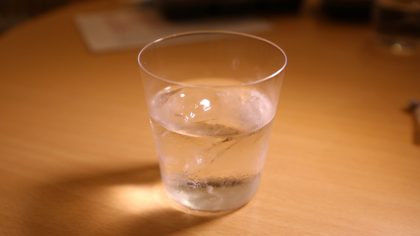 Recently we have been pouring our energy into disseminating information about Japanese Sake.For example, take the case of Sommelliers, or in the case of shochu, a bartender or a mixologist who makes cocktails. By disseminating information to these specialists, they are able to understand the good points of Japanese Sakes, such as shochu and make better recommendations to the end user (the customer).At the moment, wine is the staple alcohol drank with meals, but if you have sea food for example, Ginjo Sake (a high quality Sake) makes a great marinade for the fish.If people drink 4 bottles of alcohol over a meal, then if one of them could be Sake or Ginjo then that would be ideal.Also, regarding Shochu, it has many different unique qualities.For example, Shochu can be cooled to 12-14 degrees, so there is a Japanese culture of enjoying it cut with hot water as well as cold water. However, overseas in Europe and America, there isn't really a culture of cutting spirits, and drinking less concentrated versions. However you look at it, there is a strong image of drinking spirits straight or on the rocks. It is also not normal to drink alcohol with snacks, like in Japan.So we have taken up the challenge of spreading Japanese Sakes, Nihonshu and Shochu across world, to hopefully create the sorts of habits and routines as described above. To this purpose it is vital that we make famous bars and famous shops aware of the qualities of Nihonshu and Shochu, so that their appeal and charm increases.So products for high temperature (between 25 and 45 degrees) are being developed.Further, we are also changing the form of the bottle a bit from those used in Japan. We've asked for help in this from makers in the different countries we sell our products in.We then give out tasters at trade fairs and have overseas promotions so that people may learn about and experience Japanese Sake. We see this is as our entrance to developing our market share.Creating new opportunities for business expansion and corresponding support for our members and affiliated company members is an important role of the association.For example if breweries were to set up individual booths at a large scale trade fair, it would be difficult to attract people and boost interest in their products, as they will get lost in the crowd. Take for example, a foreign trade fair in France, there might be 20-30 companies interested in exhibiting, and so if they go one by one it won't be effective. Therefore, instead we set up a single booth shared between all the companies (a Japanese Sake Corner) where we exhibit Japanese Sakes, Kokushu. It acts as a place where the people visiting the trade fair can get a concentrated Japanese Sake experience, which increases the appeal of Japanese Sake as a whole.At the moment we are taking part in trade fairs in France and Germany.

Inbound Demand From Now On

At the moment we are in a difficult situation with regards to inbound demand. During the period that ended  last year the inbound demand for Japanese Sake had greatly increased.This is due to the policies of the Japanese government for tourism. We thought that using them to increase the popularity of Kokushu would be a good idea, so with the help of domestic airports and airlines we carried out our plan of action.We launched a campaign for Kokushu inside of International airports in the tax-free area, which consisted of free-samples as well as selling.This was the origins of what would later become dedicated Sake corners.The association  acts as co-coordinators in such activities.In general the breweries run a booth for a week.A characteristic of airport souvenir shops is that they sell high price goods.People coming to Japan for the first time will often buy these products in a last rush of souvenir shopping before returning home.As such, it is an uncommonly good business opportunity for sake breweries and makers, and in just one day can quickly improve their circumstances.When we talk about the biggest export markets for Japanese Sake abroad, at the start America was the country creating the greatest profits, but recently China has moved up to 2nd and Hong Kong 3rd. If you combine as one country, they actually overtake America to become the largest importer of Sake in the world.Asian countries in particular have similar tastes, foods and ideas as Japan, and as such are an easier market to sell to.News concerning Ginjo Sake is comparatively good.The inbound is more focused in Asia, and as such has greater prospects.

Currently sales stopped for a bit, but, the association have invited foreign Somelliers and food writers to a research tour, with the hopes that they can develop a fonder appreciation and deeper understanding of Japanese Sake.They will visit breweries, and learn about the processes and environment in which Sake is made, as well as the long history that makes up the background of this traditional culture. The goal is that they come to deeply understand the other side of Sake which is normally not seen by the general public.

From now on we will incorporate web programs and virtual environments into our activities so that daily activities can continue.Of course in reality the time difference is also a problem we must overcome.For example, to make it convenient for Americans we would need to give night time tours.These sorts of analogous problems are becoming common, who could have imagined that we'd be having to decide how to give interesting tours during the Dark Japanese night (laughs)!There is also another initiative the association is sponsoring aimed at specialists. This is the Sake and Shochu Academy, which gives training seminars to help increase awareness of Japanese Sake and Shochu abroad, by helping those interested in improving their knowledge and awareness of Sake and Shochu.We pay the lesson fees for those from abroad who wish to join and it includes a tour within the 5 days of activities.The travel costs are not included, but even if we include them it would cost the user around 942 dollars, which still makes it very affordable for such a fascinating tour.All the people who have taken the course were satisfied.At first around 10 people attended, but most recently this had increased to 15.In total just under 510 people have completed the course.The participants have been from all over the world: France, Switzerland, Sweden, Norway, the Netherlands, America, Australia, Singapore, Malaysia, China, Taiwan, etc.Of those people that have returned to their home countries, there are now people who work at a support desk or as a liaison for the association.I feel that these activities provide support on many fronts in the business world, and it is bearing fruit.

At the moment Coronavirus has dropped the world into a terrible state of affairs, but looking at it in the long term, rather than the crashing to a stop, perhaps it is an event that will inspire development of Japanese culture.We are aiming for the ideal future, where supermarkets in every county have bottles of Japanese Sake, Kokushu, lined up along their shelves, and similar to how Japanese families enjoy French and Italian wine daily, families in foreign countries will also choose Nihonshu and Shochu to compliment their family meals.I think it's still a long road that we travel, but we are making firm progress.

We'd like to inform our readers about an event being hosted by the Japanese Sake and Shochu Makers Association, an event for"real shochu and awamori".

Whilst precautions are being taken to protect against coronavirus the event will take place.

Mr Hitoshi Utsunomiya explained to us “the Japanese Sake and Shochu Makers Association”, and the current situation for real shochu and awamori.

Chairman Utsunomiya has a scientific background, which has proven invaluable for his responsibilities with the breweries.

This time during the interview I was left with a strong memory. We ended up having a private wine tasting session, and one of our colleagues chided him, reminding him it was no longer work hours, which made him blush, as he lectured us on the differences between different Sakes.